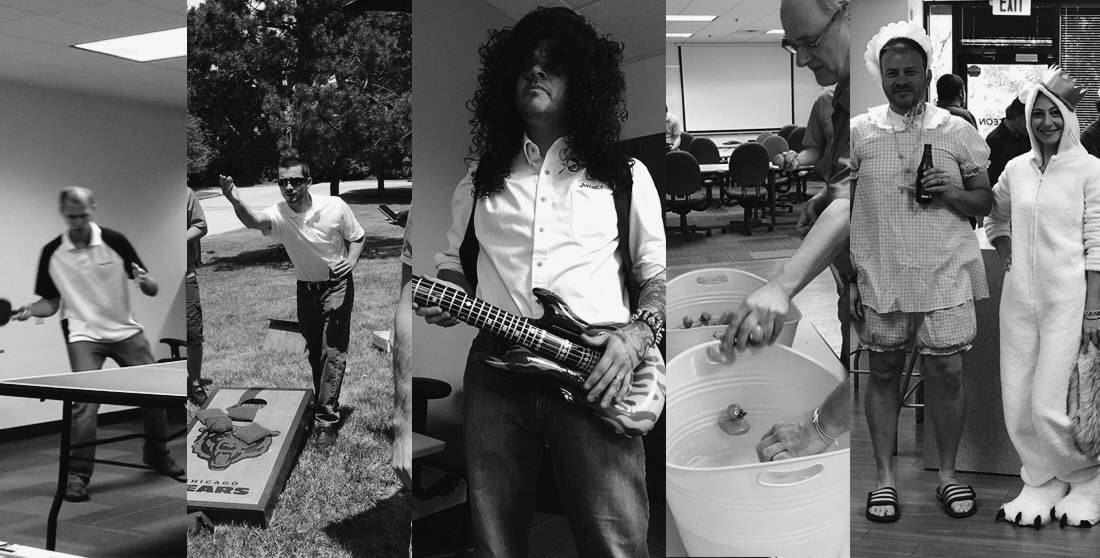 Sir Richard Branson is quoted as saying “If you take care of your employees, they will take care of your business.” I wish I had read that prior to launching a mediocre teaching career that I very much despised. My sense of humor, extreme directness, and love of workplace shenanigans made me less than an ideal candidate for working with the uptight school administration in my district. I left five years ago when I realized that if I wanted to have a career I loved, I needed to first find a workplace culture that was the perfect blend of shenanigans and success.

A friend of mine recommended me to Avanceon. After I jumped, cleared, and pulled myself over the interview hurdles, they invited me to join their team. On day 1 I toured the building and later went back to take some pictures of the beer fridge, the margarita glasses, and the very professional looking Avanceon keg tap. I sent them to some former teacher friends that I knew were just as miserable as I was when I was teaching. I remember having one clear thought: I had found my people!

Since joining the Avanceon team, I have had my cubicle wrecked for my 40th birthday, partnered with one of our Engineers to win the annual corn hole tournament, came in second in the NCAA Tournament Bracket, and been told repeatedly by our HR Manager that I should seriously consider doing stand-up comedy as a side gig. In addition to the shenanigans, I have been mentored, received and continue to receive training in my field, and expanded my professional network and skills to the point that I know I could leave Avanceon tomorrow and kill in an interview for any company out there. The point is, I don’t want to.

Sir Richard also says “Train people well enough so they can leave, treat them well enough so they don’t want to.” Avanceon gets that. If you’re unhappy where you are, you should get out and find your people. You won’t be happy or successful until you do.